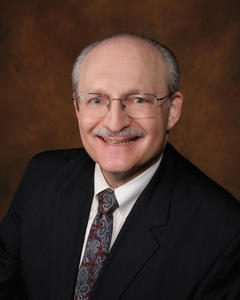 For highlights of Gerry Elman’s background, click here.  For his detailed CV, read further on this page.

After law school and working in a New York City patent law firm, for four years Gerry practiced as an in-house patent attorney for Rohm and Haas Company, a multinational chemical company headquartered in Philadelphia, now a division of Dow. Then, as a Deputy Attorney General of Pennsylvania, he conducted litigation on behalf of the Commonwealth, primarily involving antitrust or utility regulation. Later, as a trial attorney with the U.S. Department of Justice, Antitrust Division, he participated in civil and criminal investigations and complex litigation, including a trial of five pharmaceutical companies accused of fraud on the U.S. Patent Office.

He returned to private practice in 1982. At the beginning of that year, Gerry founded the legal journal Biotechnology Law Report along with publisher Mary Ann Liebert.

From the early days of 1982, Gerry was an avid advocate of computer-mediated communication, now ubiquitous via keyboard and smarphone. Via computer, he has taught intellectual property management on the University of Phoenix online campus. He has been an active member of the Global CyberLaw Network and the International Technology Law Association. From 1994 to 1999 he served as the sysop for intellectual property/legal matters in the Ideas, Inventions & Innovations Forum, on CompuServe. Gerry also serves on the advisory board of The Licensing Journal.

As a member of the Licensing Executives Society, the American Intellectual Property Law Association, and the DelCo IP Forum, Gerry has helped clients to gain the maximum value through licensing and enforcing their intellectual property rights. He has arbitrated multi-million-dollar disputes for the American Arbitration Association, has served as an expert witness in patent law, and has represented both plaintiffs and defendants in litigation over intellectual property rights. In one such case, he successfully defended the Seven-Up Company against an accusation of copyright infringement that involved a poster featuring a depiction of Santa Claus, 1990 U.S. Dist. Lexis 5203 (E.D. Pa.), appeal dismissed (3d Cir.).

Gerry has served terms on the Board of Governors of the Philadelphia Intellectual Property Law Association (“PIPLA”) and of the Benjamin Franklin American Inn of Court, composed of intellectual property practitioners in Greater Philadelphia.

Gerry’s published articles on intellectual property protection go back to the dawn of personal computing.  He contributed a chapter on Fighting Software Pirates to the classic compendium published in 1984 called Digital Deli: The Comprehensive, User-Lovable Menu of Computer Lore, Culture, Lifestyles and Fancy.

For Gerry’s retrospective on 30 years of biotechnology law, see his article in the October 1, 2011 issue of GEN Genetic Engineering & Biotechnology News, including a video interview.

On March 29, 2012, Gerry was quoted on the effects of the Supreme Court decision in Mayo v. Prometheus in John Sterling’s GEN Biotech Blog.

Gerry has advocated using sophisticated information technology systems to facilitate the work of patent examiners, both to speed up patent prosecution and to maximize the perceived “quality” of the resulting patents. Read his editorial in Biotechnology Law Report in October 2007. More recently he proclaimed that the patent examination process needs support by a “Watson-like” information system in the GEN blog of Genetic Engineering & Biotechnology News, February 28, 2011 and (slightly updated) in the April 1, 2011 print edition of GEN . This was later published as an editorial in Biotechnology Law Report, v. 30, no. 2. On May 15, 2011, Gerry was quoted in the Pittsburgh Tribune-Review about this.

On July 13, 2011, Gerry spoke at the IT Experts Data Security Summit in Malvern, PA. His presentation was on Are You Legally Prepared for the Coming Cyberwar.

While on the advisory board of the Santa Clara Computer and High Technology Law Journal, he mentored a student at Santa Clara Law School writing an article on quarantine law that was published in the Spring 2002 issue of the Journal. He has been an advisor on biotechnology monographs for the Bureau of National Affairs (BNA) and a member of the editorial boards of the Columbia Journal of Transnational Law and The Trademark Reporter. He co-authored a chapter on trademark law for L.J. Kutten’s law treatise, COMPUTER SOFTWARE: PROTECTION/LIABILITY/LAW/FORMS.

From 2006 to 2012, Gerry participated in a roundtable of Vistage Trusted Advisors.

Gerry was a charter member of the Benjamin Franklin American Inn of Court, composed of intellectual property practitioners in Greater Philadelphia. As one of the members at the “master” level of experience, he has served as a resource to help train others. He served for two years as its webmaster and on its Board of Governors.

For 7 years, Gerry chaired the Patent Legislation Committee of the Philadelphia Intellectual Property Law Association (“PIPLA”) during a time of sweeping changes in regulations and the prospect of “patent reform” on the lips of Congress, and then served a two-year term on PIPLA’s Board of Governors.

Gerry organized and chaired a program on Biotechnology and the Bioterrorism Dilemma at Villanova University on January 21, 2002, sponsored by the Philadelphia area alumni clubs of Stanford and The University of Chicago. He serves as webmaster and a member of the board of the Stanford Club of Philadelphia.

Gerry delivered a presentation in April 2002 on the federal response to bioterrorism at the BioDefense Mobilization Conference in Seattle.

In September, 2009, Gerry gave a presentation on “The Electronic Handshake” at the Pennsylvania Bar Institute’s TRANSACT 1999, a continuing legal education program on electronic commerce. September 30, 1999, Philadelphia Bar Education Center. The slides include numerous hyperlinks to references; be sure to click on the images as well as the underlined text. Gerry was a member of the panel presenting an introductory discussion entitled Anatomy of an Electronic Transaction. An article in the December 6, 1999, issue of the Philadelphia Business Journal names Gerry as one of the “noted lawyers” on the Philadelphia Bar Association’s cyberlaw and electronic commerce committee. Gerry delivered a presentation at Temple Law School on April 11, 1997.

Gerry has presented on the topic of “Biotechnology and Computer Software: The Patent System Responds to Exploding Technologies”, and was a speaker at the first conference on Mammalian Cloning, held in Arlington, VA on June 27, 1997.

He was quoted on the subject of biotechnology patenting in the July 6, 1998 issue of The Scientist. He was also quoted on the federal antitrust trial against Microsoft Corporation in the October 26, 1998 issue of Information Week. Gerry was quoted in the January 1, 2000 issue of Genetic Engineering News on the antitrust implications of the federal district court holding that the patent for Taq polymerase used in the Polymerase Chain Reaction (PCR) system was obtained by fraud on the Patent Office.

And he has been quoted on the subject of intellectual property in the books Working from Home by Paul Edwards and The Home Office and Small Business Answer Book by Janet Attard. 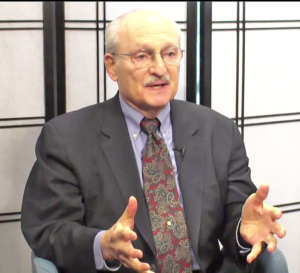 Click on the image to watch Gerry’s 2018 Money Matters interview.

On August 30, 2007, Gerry was quoted in the New York Times on turmoil in the U.S. patent system, as well as a similar article in the International Herald Tribune. In greater detail, Gerry responded to an inquiry by the Women’s Bioethics Blog that is posted HERE. Gerry was also quoted by the iBLS Internet Law News Portal on patent developments post KSR v. Teleflex. Click HERE to view it. On August 27, 2010, Gerry was quoted in the Washington Post, The Oregonian, and elsewhere on a lawsuit that had been filed that day by Paul Allen’s company Interval Licensing against certain high tech companies and retailers.

In October 2017, Gerry was quoted in Advanced Textiles Source on subject matter from his presentations about Smart Fabrics at IFAI Expo 2017 in New Orleans.  He was interviewed by Ben Cooper for podcast 24 of his IoClothes series.